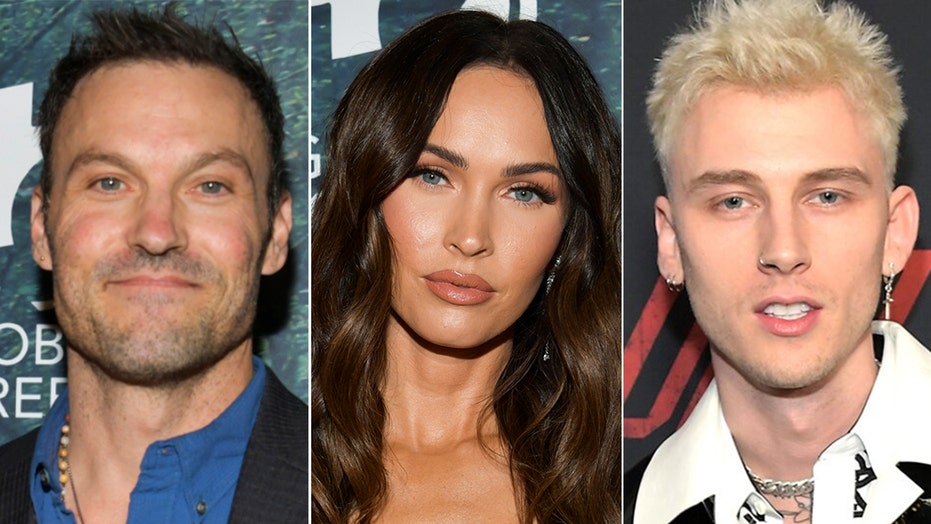 Actor Brian Austin Green shared that he has no ill will towards his now-estranged wife, Megan Fox, in an interview with the “Hollywood Raw Podcast.”

In the Monday episode, the former “Beverly Hills, 90210” star said that he found out Fox had begun dating rapper Machine Gun Kelly on his own, which didn’t include the press.

“I found out in my own way. And that’s as much detail as I’ll give you on that one. I didn’t read about it or anything like that,” he explained simply.

COURTNEY STODDEN SPEAKS OUT ABOUT BRIAN AUSTIN GREEN DATING RUMORS: HE ‘WANTED ME TO REMAIN HIS LITTLE SECRET’

Green and Fox were married in a private ceremony on June 24, 2010, and on May 18 of this year, the 46-year-old actor confirmed he and his wife separated in a podcast episode of his own on “Context with Brian Austin Green” – which came days after Fox was pictured alongside Machine Gun Kelly.

However, the pair’s romantic relationship was only seemingly confirmed when the 30-year-old rapper shared a black and white image of himself next to Fox, 34, on Instagram last week with the caption, “waited for eternity to find you again ...”

Green, on the other hand, has been making headlines as well as he attempts to move on.

“What people normally do when they get out of something, is they date. They talk to multiple people at once. Some people use dating apps, they talk to multiple people, they go on multiple dates, they spend time with people until they feel a connection with somebody and something builds from there,” he said on Monday's "Hollywood Raw Podcast" podcast in reference to his critics.

“What’s unfortunate for me and the situation is I’ll literally go on one date with somebody – not even a date – just meet somebody and have lunch and all of a sudden it’s written as like ‘oh, his new fling, and oh, he’s playing two women at the same time,’” Green added. “And it’s like no, I literally spent one time with each of these women. I’m not playing anybody. My life is just much more under a microscope than somebody else's.”

Brian Austin Green, left shared that he has no ill will towards his now estranged wife, Megan Fox, who is now dating Machine Gun Kelly.  (Getty)

Despite the increased publicity, Green says him and Fox separated amicably.

“I think it’s going as well as it can. There’s no rule book to it. There’s no way of doing it right or doing it wrong,” he shared. “We are learning as we go. The important thing for us is just communicating as much as we can.”

And after spending nearly a decade together, Green reaffirmed that he wants Fox and their three sons to be happy.

“No one wants to be around somebody that’s unhappy, nothing good comes out of that. We are taking it day by day,” he said. This is insane, this happened at an unfortunate time that nobody could have predicted with quarantine and the virus and all of that. The news cycle is a bit bigger than we were prepared for.”