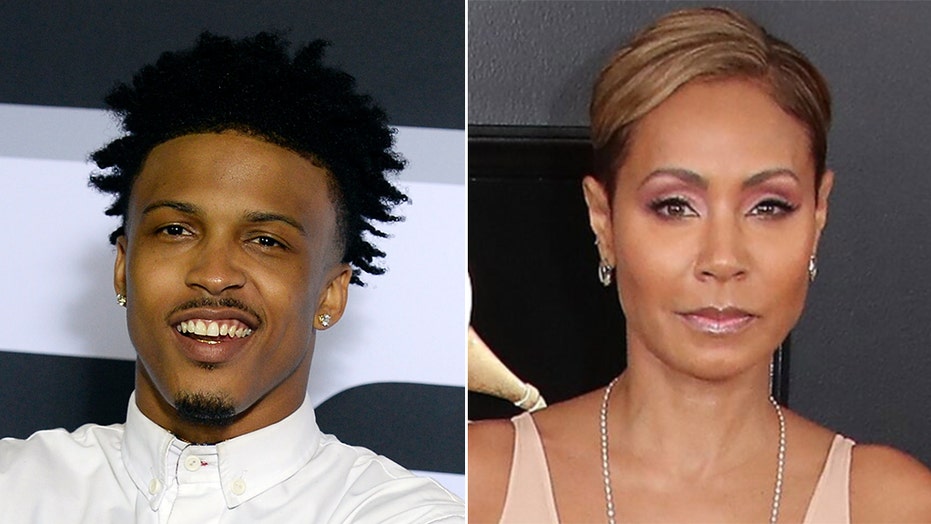 August Alsina is back with a new song “Entanglements” following the recent revelations about his past relationship with Jada Pinkett Smith.

Pinkett Smith, 48, referred to her past relationship with August, 27, as an “entanglement” during a sit down with her husband, Will Smith, on “Red Table Talk” earlier this month. The couple was separated with the intent to divorce at that time.

“The definition of entanglement (No, oh-woah, oh, oh) / It's when you're tangled in the sheets (Yeah, yeah) / Girl I know that we don't call it a relationship (No, oh, oh)/ But you're still f---in' with me (Oh), yeah (Yeah),” Alsina croons in “Entanglements” featuring Rick Ross.

In another line the rapper said, “You left your man to f--- with me, just to pay him back / Don't you know that's cold-hearted?”

Alsina first spoke about his relationship with Pinkett-Smith in an interview with "The Breakfast Club" in June.

“I totally gave myself to that relationship for years of my life, and I truly and really, really deeply love and have a ton of love for her," he said.

Pinkett Smith and Smith, 51, both sat down on her Facebook Watch series to finally address what happened while they were separated four years ago.

“I got into a different kind of entanglement with August,” the “Girl’s Trip” star said. “It was a relationship.”

She added: “I was in a lot of pain and I was very broken. In the process of that relationship, I definitely realized you can't find happiness outside of yourself. Luckily enough, you and I were also going through a process of healing in a much different manner. We did everything we could to get away from each other, only to realize that wasn't possible."

In an interview with Vulture, Alsina said he had no issues with Pinkett-Smith referring to their past as an “entanglement.”

"If you look up the definition of 'entanglement,' it is a complex and difficult relationship. It was exactly that,"  he told the outlet. "I think it's just the language that probably stuck out to people. But I definitely have to agree with it being an entanglement. It definitely was something complicated, a complicated dynamic."

Pinkett Smith and Smith married in 1997 and have two kids together, a son, Jaden, 21, and a daughter, Willow, 19. The "Bad Boys" star also has a 27-year-old son, Trey, from a previous relationship.