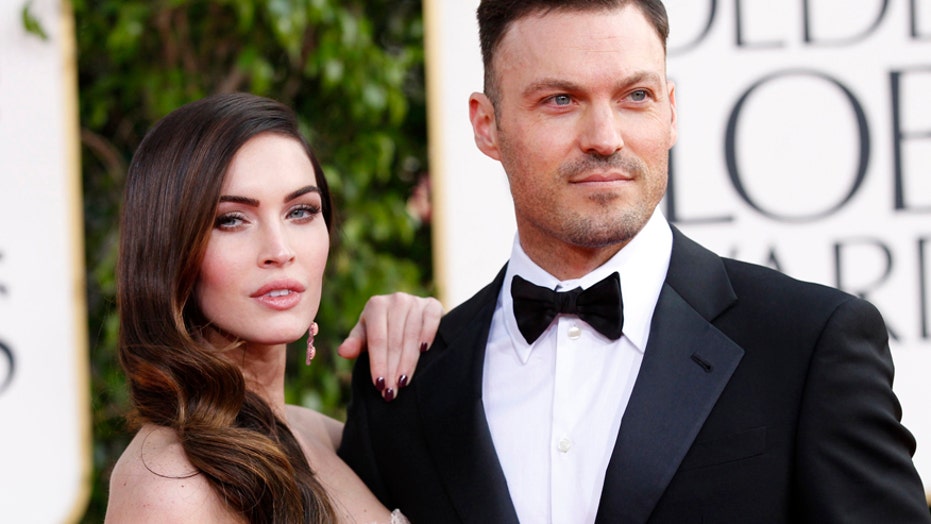 Brian Austin Green says that reconciliation with estranged wife Megan Fox isn't out of the question.

Earlier the actor, 47, confirmed that he and Fox, 34, had split. She has since began dating Machine Gun Kelly, who is set to perform at tonight's MTV Video Music Awards pre-show.

The former "90210" star opened up about the possibility during an Instagram Live session on Saturday.

“I never say never,” said Green, per People magazine. “I kinda feel like people are on paths in life and sometimes your paths are together and you travel that path together and you see eye to eye and then sometimes paths do different things.”

Megan Fox (left) and Brian Austin Green's split was confirmed in May after over a decade together. (Photo by Rodin Eckenroth/Getty Images) (Getty)

The actor said that he and Fox have "shared a lot together," including three children -- Noah, 7, Bodhi, 6, and Journey, 4 -- and "an amazing 15-year relationship."

Green also said that he wishes Fox "all the best," but confessed he's not familiar with Machine Gun Kelly beyond his reputation.

MEGAN FOX SAYS CRITICISM OF HER ACTING PUT HER IN 'A SELF-IMPOSED PRISON': 'I STARTED GETTING REALLY ANGRY'

The star added: “As of right now, I have no problem with him at all. I really hope that he and Megan are happy.”

Green explained that he would be "selfish" of him to wish Fox "to be happy with me."

“We did that for 15 years. If that has run its course, then so be it. That’s not a failure,” he insisted. “It was a really special relationship, and it still is.”

Green believes that he and the "Transformers" star's "paths will regulate a bit and run parallel to each other" in the future.

"Sometimes you have to sort of really swing far away from something to find a more stable ground to stand on," he stated.

Fox and Machine Gun Kelly -- born Colson Baker -- became Instagram official in July when the rapper shared a photo of himself and the actress.

"Waited for eternity to find you again," he wrote alongside an image of the two sticking their tongues out.