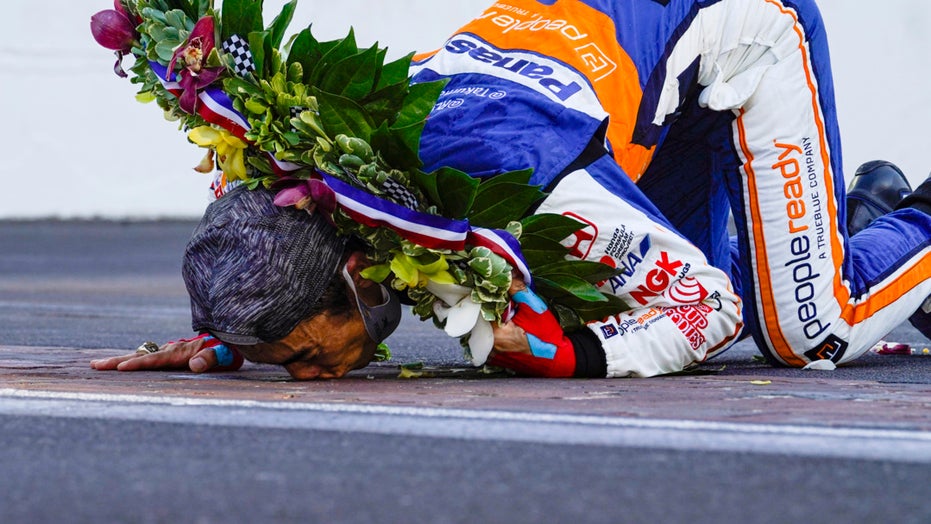 Takuma Sato this year became the 20th driver to win the Indy 500 twice, following his 2017 victory in The Greatest Spectacle in Racing.

EXCLUSIVE - When the start of the IndyCar season was postponed due to the onset of the coronavirus pandemic, Takuma Sato had a choice.

He could either head home to Japan to hunker down with his family, including his two children, or stick it out in the U.S. to stay connected with his Rahal Letterman Lanigan Racing team and avoid running into any trouble getting back into the country when things got started again.

He decided to remain in Indianapolis. It wasn’t an easy call, but it paid off big time this past Sunday with his second win at the Indy 500, the first coming in 2017.

“Obviously close friends and families sacrifice with that, but compared to the people who might have much more difficulty facing the difficult circumstances, whether with COVID-19 or different, we were just healthy,” Sato told Fox News Autos.

He said technology like FaceTime helped him stay connected.

“We used that one and we’re happy to communicate and, OK, physically we can’t touch each other today, but, you know, we were just living in [a] difficult time and hopefully that will be clear very, very soon.”

HERE'S HOW MUCH TAKUMA SATO GOT FOR WINNING THE INDY 500

The race ended under a caution that started with five laps left as Sato’s teammate, Spencer Pigot, crashed hard in turn four and destroyed the attenuator at the end of the pit row wall. Due to the damage, and faced with a setting sun, race control decided not to red-flag the event and attempt to restart it later for a sprint to the checkered flag.

Sato had been dicing it out with Scott Dixon up to that point and had an eye on his fuel but feels good that he would’ve pulled off the win had the race stayed green. He said he was running lean to save as much fuel as he could and had plenty to dip into to increase power and defend his position.

“Even if we didn’t have a yellow, we were confident we would be able to [race] so hard with him until very, very last lap.”

Sato is the first and only Asian to have won the Indy 500, let alone twice, and is a national sports hero in Japan. He was scheduled to take part in the postponed Tokyo 2020 Olympic Games ceremonies as one of the torchbearers and hopes his win gives the fans back home a boost.

“I think we are very fortunate to race today, a lot of world-class athletes didn’t have an opportunity to perform in their field this year,” he said.

The 2018 Indy 500 ticket featured an image of Sato to celebrate his win the prior year. (IndyCar)

As for what Sato will be doing next year, that’s still up in the air. The 43-year-old is on a one-year contract with his team and even an Indy 500 win is no guarantee of renewal. But he definitely wants to be back in Indiana next May, where there will hopefully be 300,000 fans holding tickets with his face on them as the defending champ.